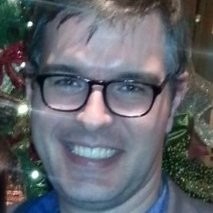 We’ve been giving some different topics a piece of our mind with the airing of grievances, but the night of Festivus is fast approaching.

As is tradition, Festivus is not considered complete until the Feats of Strength are honored. The head of the household elects a member of the festivities to wrestle and pin them to the ground, thus marking the end of Festivus. It’s pretty brutal, and also hilarious.

So how exactly does this apply to Mailgun? Well, it’s less about us and more about sending volume.

A test of will and endurance offers the greatest rewards. When it comes to sending, Q4 always tops out with the largest volume year after year. Other quarters will always come up short. You can take a wild guess as to why Q4 wins out (spoiler: it’s the holidays). All of that leads to carefully made plans — both for you and for us.

With proper planning and the use of an industry-leading ESP, you can weather the sending storm and close out another successful year of email. But before we go into what you can do to better your deliverability, we want to let you in on a little Mailgun Festivus secret: how we maintain our streamlined sending.

Q4 represents the highest period of sending volume here at Mailgun. As an ESP, we see a 30-40% increase in volume during Q4, and that’s on top of the billions of emails we already send every month.

As such, our engineering team proactively allocates additional resources to our pipes to increase handling capacity and ensure consistent throughput. Otherwise, sending would slow down, and we’d all be unhappy at Festivus dinner.

In addition to around the clock monitoring of our ‘pipeline,’ we field a 24/7 support structure with high availability to every level of our customer base. So if for any reason so do see an issue with your sending in Q4 and beyond, we can help get you back to happy sending.

How you can improve your Q4 sending results

For many, sending success during Q4 is critical for their business. If you fail, well…

No pressure! There are a number of tactics you can take to ensure your email remains high performing in consideration of the increased traffic flowing through this time of year and how crowded your recipients’ inboxes are probably getting.

When are you sending?

High volume sending can affect both the ESP and the mailbox provider you are targeting. Adjusting send times outside of on the hour can get your messages through Mailgun faster and mitigate occurrences of rate limiting at the recipient. Plus, you can get more eyes on your emails when you send outside of surge hours since you don’t have to compete with as many senders.

Standing out from the crowd is also key in dealing with a stuffed inbox this time of year. First and foremost, send content to recipients that have opted-in and want your email, otherwise, you’re likely to end up in the junk folder.

Recipients will focus in on messages they are expecting and enjoy engaging with. Sending to recipients that have not opted-in to your email usually leads to less engagement, more spam complaints, and a negative impact on your reputation as a high volume sender.

Optimize your subject lines and creative to drive engagement. You can utilize Mailgun’s tagging feature to A/B test these elements and analyze which version yields higher opens and clicks. Knowing which is more effective may prove all the difference moving into the new year.

Festivus isn’t over yet

All of the sending we enable in Q4 is impressive, but it isn’t a Festivus miracle. Our development team works hard to make sure that your email gets out on time. Should there be any delay, we’ll let you know on Twitter and on our status page.

What is a Festivus miracle, however, is the fact that we’re wrapping up another year of sending! A lot has happened in the last year, like the throttling of Yahoo and AOL, but some things have stayed the same for better or worse.

We’ll be looking at all the different 2018 influences on email at the end of the year. Until then, enjoy some eggnog by the unadorned aluminum pole and be merry.