This post came out way back in 2012.You may have noticed when a company gets acquired it is sometimes followed by a long period of silence. It may take a year for news or a blog post to appear. Many times, unfortunately, that blog post is a shutdown notice.

Most startups have heard scary stories about life after being acquired. The acquired company’s development gets frozen. People spend months of doing nothing, losing direction and focus. What used to be time spent creating and building technology turns into time in meetings discussing integration, accounting and billing.

I don’t want too sound to pollyannaish but I am going to tell a different story. I have been pleasantly surprised with the momentum we have been building since acquisition. I would like to share my positive post-acquisition experience. 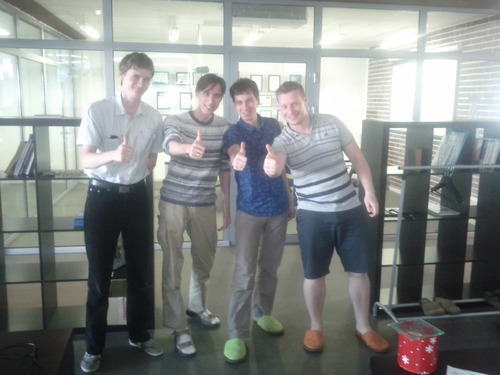 A big portion of the Mailgun engineering team used to reside in Russia. Since the acquisition, Rackspace has spent a tremendous amount of effort relocating everyone to San Francisco as smoothly and quickly as possible. I was among the relocating Russians. My first stop after arriving in San Francisco was a BBQ party at Crissy Field. I will never forget the feeling of surprise and relief when all of the SF office welcomed me by shouting my name in unison as I approached them. I was welcomed as an old friend even though I had never met them! 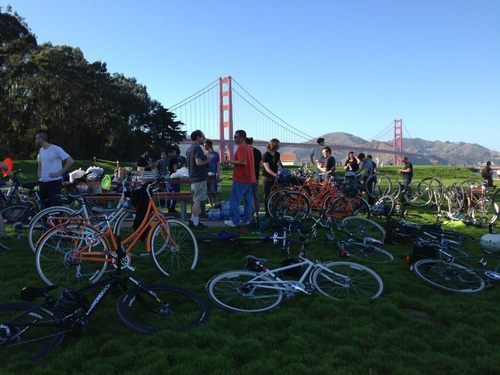 First day on the job…not bad.

As days passed by it became evident that this was not a unique experience, but a repeating pattern. Everyone at Rackspace is excited about a new project and always ready to help you no matter what problem you are trying to solve – setting up your iphone (everyone in America has an iPhone!), getting a bank account or setting up a new virtual machines cluster.

At the time, I did not really understand why Rackspace wanted to gather the team together in the States so quickly, but later it became evident. The main reason behind this was the desire to integrate the Mailgun team into the amazing Rackspace culture as soon as possible.

Let me tell you more about the culture that drives the Rackspace engine. Rackspace is well known for its commitment to support, often called “fanatical support”, and I quickly realized this is not just a marketing trick. These folks take it seriously. You notice this immediately once you enter the Castle, the Rackspace headquarters located in San Antonio. 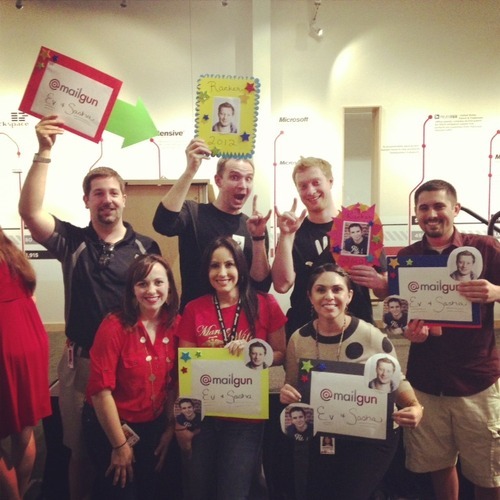 By setting up the Castle in an abandoned mall, they’ve accomplished two great objectives. They have a big (and I mean really big), space full of energy, that really fuels productivity. They have also revitalized the neighborhood around the mall, providing significant support to schools and the neighborhoods around them. It quickly became clear to me that everything @ Rackspace is about support – supporting the customers, the people around them and each other.

The next component of the Rackspace culture is a strong get-things-done attitude. There have been very few times when I have felt that Rackspace is making us lose our focus. Just the opposite has happened. Rackspace does everything to support us achieve our main goal: building a better product for our customers. They also provide us with the autonomy to do it our way. They give us the ownership we deserve but also support us with any resources we need.

To be fair, there have been more meetings and more bureaucracy that comes with any larger company for some of the Mailgunners. But Rackspace has made a clear effort in limiting this and especially in keeping engineering isolated from this so we can focus on what we do best. We did sacrifice complete autonomy, but we got a ton of resources in return. That’s the trade we made and so far it’s been a pretty good one from my perspective. 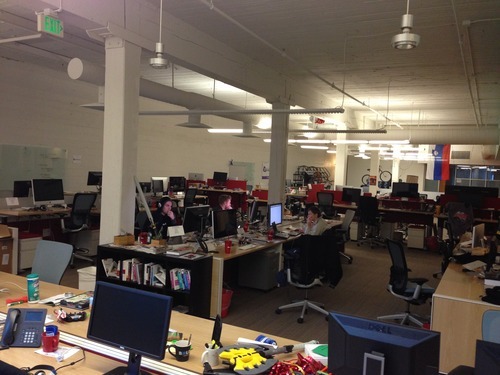 The best part is now I feel like I’m standing on the shoulders of giants. Security experts, networking, sysops and data center engineers are working day and night to help us build a bigger, faster and more reliable Mailgun. What amazes me is the lack of “corporate-style” driven decision making that typically infects many large companies. Everything is driven by results and the primary objective is making a better product for our customers.

While hesitant before, I am now comfortable that Rackspace is a great culture fit for us and exciting things are going to continue to happen for Mailgun.