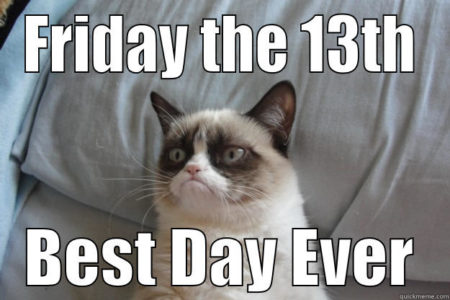 The stuff of urban legends? An uncanny coincidence? Perhaps. What we do know is that this past Friday the 13th was not a great day for us.

Some of our customers were impacted by downtime, and we took immediate action to determine the root cause. We would like to be transparent and take a moment to share the details of our findings:

This is what happened

As a part of ongoing work by our engineering teams, several of our internal and external services were updated to delegate authentication to a centralized authentication service. One of those updated services was deployed at just after 10:00 UTC.

At 11:00 UTC on Friday, July 13, Mailgun engineering began receiving alerts of problems with several services. Our initial investigation suggested that the problem was related to this software change released earlier in the day, and we initiated immediate efforts to roll back that release.

Continued investigation revealed that, despite the roll back, our authentication services were still not responding in a timely manner. Authentication (and related) services were restarted, and systems began to resume normal operations. By 12:44 UTC, all services were fully functional again.

Why did this happen? What did you do about it?

We worked to reduce the impact and took several immediate measures to restore services by:

Mailgun engineering has performed a comprehensive root cause analysis of this incident, and we have identified several actions we’ll be taking to reduce the likelihood of future incidents.

In addition to code and configuration changes made to remove unnecessary response latency, we are also in the process of formalizing SLOs. This will help increase our visibility into service latency and introduce more comprehensive data collection, monitoring, and alerting to aid in SLO enforcement.

We are also developing tooling to identify potential problem areas earlier in the development and release cycle in order to keep incidents like this from impacting our customers.

We really appreciate the understanding from our customers while we worked to resolve the issue quickly. We’d be happy to answer any questions or address concerns for impacted accounts – just open a support ticket, and our team will get back to you.